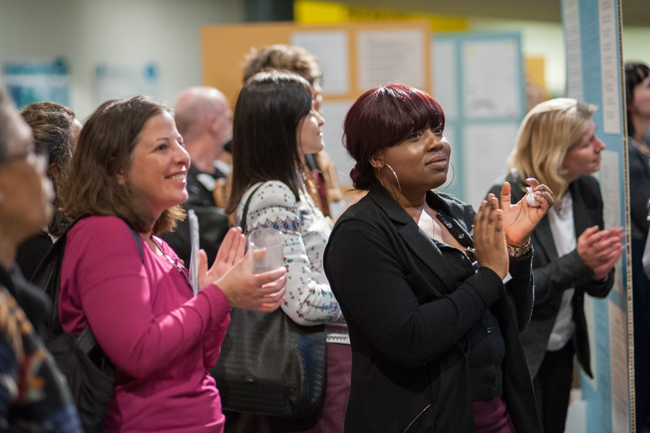 Over the summer of 2017, The Advocacy Project ran a poetry competition celebrating the power of creativity in mental health recovery. Over 300 poems were written; many were submitted as videos and a good number of poems were also illustrated by the authors.

The standard has been incredibly high. Without exception the poems are powerful.

The poems talk about tough stuff – whether individually tough issues or distressing situations shared by communities, like Grenfell. As Mike Waddington, CNWL Director of Communications said, “they are expressing the unexpressable”.

Many of the poems were submitted by London residents – and we had entries from further afield too, including Europe, India and America. Councillor Heather Acton has written a letter congratulating Westminster residents on their entries.

More than 150 people attended the celebratory evening at City Hall on 28 September 2017 – people who wrote the poems about their own experiences, their friends, family and carers. Other guests were present too, ranging from elected politicians, celebrities and others with a passion for mental health to organisations like Great Ormond Street Hospital, Central and North West London Foundation Trust, and Central London CCG.

The judges each recorded a video about their thoughts on the Healing Words competition and why they went out of their way to get involved.

The Healing Words competition was organised in partnership with CNWL, and supported by the University of Westminster. We would like to thank our amazing partners and supporters for making all this possible. They’ve given freely their time, talents and energy in displaying every single poem we received, recording the event so that those who can’t be present can see what happened, and donating great prizes. They are: