10 years of the Orchard unit 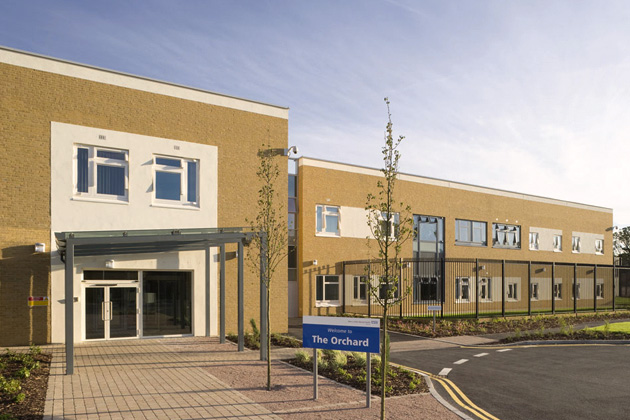 The Orchard – West London Mental Health Trust (WLMHT) women’s forensic unit based at St Bernard’s Hospital, Ealing – is celebrating its 10th anniversary on 03 August 2017. We are looking for donations of second hand clothes and items for the tombola held by WLMHT to celebrate the anniversary.

Our work at the Orchard

Since 2015 The Advocacy Project has been delivering forensic advocacy on 19 wards at WLMHT. Six of these wards form The Orchard unit, where our advocates have been providing independent mental health (IMHA) advocacy to women who have been detained.

In the last two years we have set up surgeries to raise awareness about the advocacy service offered in the unit, and we have done outreach in the acute wards to target hard-to-reach women.

“The Orchard had been dedicated to ensuring the promotion and awareness of advocacy. They engrained the provision in their service since the unit opened ten years ago.

We are pleased to say that our work on the Orchard has gone from strength to strength with our experienced and diverse team of advocates working in conjunction with the Trust to promote service user rights and participation in their care, ultimately promoting empowerment in the ability to self advocate.

WLMHT have always been very forthcoming in their willingness to raise awareness of advocacy and have encouraged our clients to access the service.

We would like to thank WLMHT for all their support in making The Advocacy Project service a success, and we look forward to continuing our partnership in order to promote and provide the best service for all our clients.”

We are looking for donations of second hand clothes and items for the tombola held by WLMHT to celebrate the anniversary.

Where and when to leave your donation

If you need further information and support, please contact us.

Our work at WLMHT Forensic Service

Our forensic advocacy team work at St Bernard’s hospital to ensure a responsive, flexible and consistent face to face IMHA and Care Act compliant advocacy service to patients on all wards.

The most common issues raised relate to medication, leave and physical health and are usually raised within a ward round or care planning setting.

The impact of our forensic team’s work has been astonishing. In 2016-2017, 303 referrals were received; we worked with 313 people on 2329 separate issues and we had an average of seven issues raised per person.

Around 85,000 people are in prisons in England and Wales. The prison population is static as people tend to be incarcerated for a long time. As a result the ratio of issues raised to referrals received is high.

Shelly was sentenced to life imprisonment and after serving ten years in prison she was transferred to WLMHT under Section 47/49 of the Mental Health Act.

Shelly requested advocacy support for a number of issues including ward round support and understanding her legal rights in relation to her detention. During the course of their work, Shelly expressed the desire to access the gym, however she had been told that this was not possible as she did not have adequate footwear.

Shelley and her advocates raised this issue at a ward round – the team stated that they could not help her, and that her family should support her or she would need to save money from her hospital allowance.

The advocate explained to Shelly that she had the right to challenge the decision. Shelly instructed the advocate to contact her responsible clinician to explain her request and for him to consider: charitable grants, the financial pressures to Shelley’s only relative – who has five small children, and the therapeutic benefits for Shelly in having appropriate footwear.

Weeks later the advocate saw Shelly out with a pair of shoes in disrepair – with a hole in the front and with the backs of both shoes entirely collapsed.

Shelley asked her advocate to raise the issues again. The advocate also highlighted the lack of dignity and the risk of falls from wearing ill-fitting and worn out shoes.

The ward social worker agreed to make an application to a charitable trust for funding.  Vouchers were received in less than two weeks.

With the support of an advocate Shelley was able to raise the issue and challenge the decision in relation to appropriate, safe and dignified footwear and for her social as well as mental needs to be met.