A funny thing happened on the way to the foodbank… 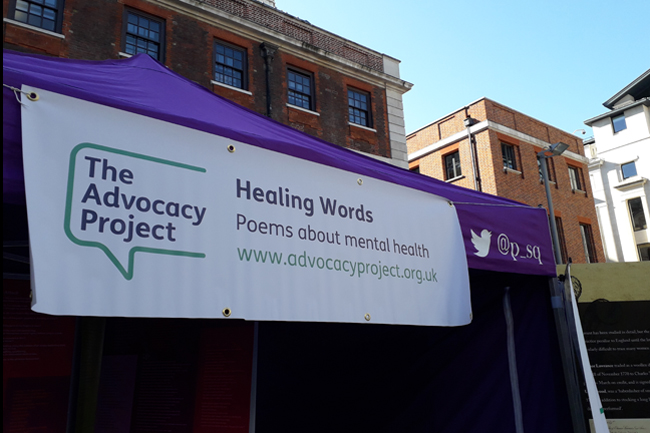 Mental health problems can rob us of our friends and family. And our self respect. The stigma and shame remains, despite protestations from celebrities that it’s ok to own up to this. You try holding a job down after you’ve disclosed to your employer – and you need to take time off every now and again because you’re feeling unwell mentally and emotionally. I know one global company whose share price continues to soar year after year whose internal mantra is “once a fruit cake, always a fruit cake”. They won “company of the decade”.

If you can’t work, you have to face the leviathan that’s the benefits system. And sometimes face the food bank too. Add to this testimonial injustice – which is the injustice of not being taken seriously, being seen to be less credible, because of negative stereotypes. Often it’s associated with people with mental health, the homeless or people engaging in substance misuse.

We need to make sure that we really listen to all voices. Not only is it the right thing to do, but people who’re marginalised and stigmatised have really important points to make about how to improve the health and social care. Let’s hear what they have to say about what works – and doesn’t work – for them and use their feedback to improve things.

This is why I love Healing Words. Now in its second year, it shows how creative writing and poetry can be instrumental in the journey to recovery from mental health problems. This year we had 621 poems. The poem below on mental health, food banks and social isolation won the award for “most reflective of today’s society”. The award is in memory of Ben Gray, a young man who died in June 2019. Ben had lived experience of mental health problems, and volunteered at the local food bank and did a ton of other stuff for other people too. The biblical good Samaritan, who died too soon. Ben would have loved this poem.

A funny thing happened on the way to the foodbank…

I have reached the inescapable conclusion
That this government wants me to die,
I cannot lie – with its tax penalties and demands
And delayed benefit payments, etcetera, that
Accumulate pennies in the We Want Him Dead Fund; I find
There is remarkably little to live for in life,
Which is a shame when there is no one left
To blame, with Theresa gone to her wheat fields
And a clown put in charge:
The lunatics really have taken over the asylum.
I silently scream for the world to stop so that
I can get off, but the door is locked and the window
Still barred —
(For my safety I have swallowed the key.)
And then I wake up alone in this shoebox,
Bereft of character and like my soul, now
Condemned to die, wishing in my wounded
Spirit that death would swiftly come, until
A text diverts me from this momentary pain.
Conversation with self now flows like water,
Compensating for the absent friends long
Vanished since this diagnosis:
A funny thing happened on the way to the foodbank —
Thomas Dale, October 2019