The Advocacy Project votes to convert to a unitary board 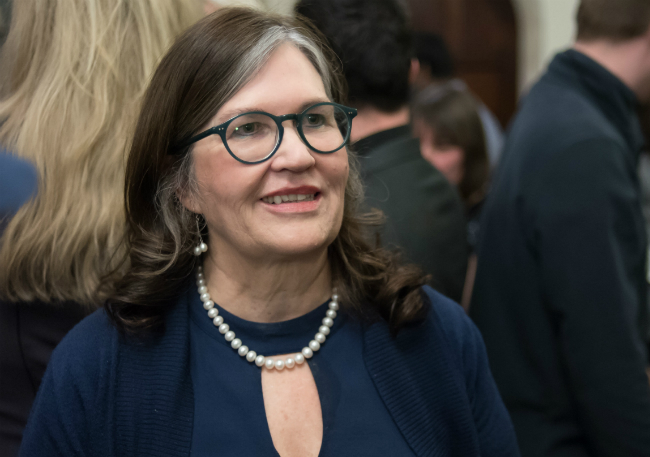 The board of rights charity The Advocacy Project yesterday voted to begin the process of its chief executive becoming a fully-fledged trustee.

The west London-based charity will now look at changing its governing document to allow Judith Davey to join the trustee board.

The nine trustees put the matter to a vote at the end of a debate about the pros and cons of such a move, which included consideration of an independent report by consultancy Campbell Tickell, and a short presentation to the board by Rosie Chapman, governance consultant and former director of policy and effectiveness at the Charity Commission.

The Advocacy Project began exploring the concept last autumn, after discussion was sparked by its then-chair Kate Ferguson, a finance director in the private sector and trustee Dr Dele Olajide, previously a medical director at an NHS foundation trust – both sectors where unitary boards are commonplace.

After carrying out some desk-based research into boards in the health and corporate sectors, the Advocacy Project commissioned Campbell Tickell to write a short report examining the arguments for and against, outlining the practical considerations, and making recommendations.  Davey said the charity wanted to make sure it was making an evidence-based decision so it invited external as well as internal perspectives.

Campbell Tickell said that the governance arrangements already in place at the Advocacy Project “create a resilient platform to resist undue influence by a powerful chief executive on the rest of the board”.

They also said that where they had worked with charities that had moved to a unitary board structure, it is “working well and anticipated problems have not materialised”.

They concluded that “on balance, we favour the inclusion of the chief executive on the board because it emphasises that responsibility for the success or failure of the organisation is shared by executives and non-executive.  We have not found that it creates difficulties or conflicts of interest that cannot be managed with the right advice and careful preparation.”

But at yesterday’s board meeting, Rosie Chapman was not so enthusiastic about the proposal.

Chapman warned that making such a change to the charity’s governing document would cost money, and urged the board to consider whether this was money worth spending, and to think about the opportunity cost: “Is it better to spend it on this or on something else that will benefit your beneficiaries?”

What makes a good trustee