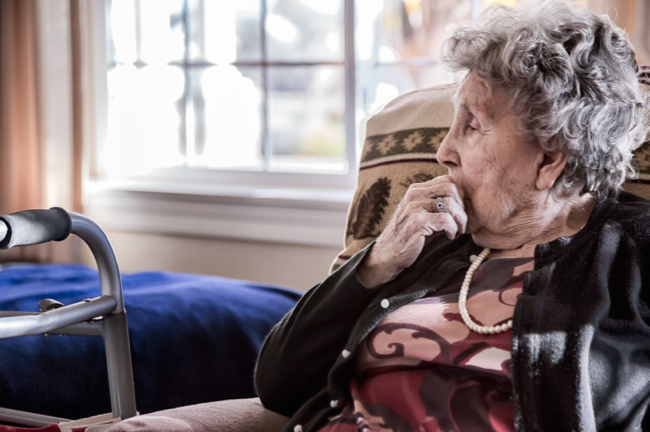 The palpable effects of this exclusion make things even more difficult for those who have challenges in communicating with others, whether that’s due to a mental health issue, dementia or learning disability. Their vulnerability often means they feel lonely and isolated — separated from the rest of society.

In our work at The Advocacy Project we see a great deal of loneliness and know from first-hand experience the devastating effect that this can have on people. It affects their self worth — the very core of their being.

We often have a romantic idea of what life in a care home is like. You will have seen the sitcoms where older people have jolly japes and retain their fighting spirit. But the reality is often different. A Care Quality Commission inspector told me earlier this week that “loneliness is pervasive” and described the care home experience, for some people, as a “waiting room for death”.

In fact, research by the University of Bedfordshire shows that more than 80 per cent of older people with mental health problems feel lonely in their care home. People long for meaningful contact with others, rather than the cursory interaction with a care worker who’s rushing off elsewhere because of their heavy caseload.

We recently met a woman who couldn’t speak and could only communicate through singing. No one realised that’s what she was doing until our advocate spent time getting to know her.

And for people with mental health conditions in inpatient wards, loneliness is compounded by stigma and shame. While everyone else on the outside world is carrying on with their lives, they feel shunned and forgotten about.

The Mental Health Foundation’s Fundamental Facts About Mental Health 2016 report says social isolation is a particular issue for those with severe mental health conditions. It also states that the quality of life reported by this group of people is worse than that experienced by many other vulnerable groups.

The story behind our Christmas cards

At this time of year, loneliness can be particularly acute for vulnerable groups of people. There is the sense that everyone else is having a wonderful time with friends and family and you’re not. That’s why many of the churches hold Blue Carol Services for people whose personal circumstances mean they are alone at Christmas and going through a difficult time.

Many of the people we support can’t go home at Christmas and don’t see their friends and family. They may be in care homes or inpatient wards, facing the festive period alone.

This inspired us to create our own Christmas cards to reach out to these people. The Advocacy Project is shaped by those we work with, and we felt the design of the cards needed to come from the very same people — as an act of solidarity. Seven people with mental health issues, learning disabilities, and dementia, created their own original artwork for the cards. 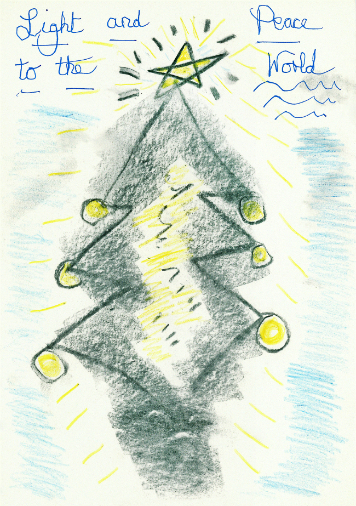 The cards are being sold to help The Advocacy Project cover the cost of producing and sending these cards to people in hospitals and care homes, who may not receive any visitors or Christmas cards.

One of the seven artists lives in a care home and has dementia. She has no family or friends to visit. Apart from the company of staff, she will be spending Christmas alone this year.

Another one of the artists, who was in a mental health ward for a prolonged period of time, describes herself as one of the “lucky ones”, as her daughter would come and visit her in hospital. Now in recovery and volunteering with The Advocacy Project, she told us that Christmas can be a really difficult time of year for those in mental health wards. She said that the most important thing is having people around you that care. It’s the little things that make the biggest difference.

This blog by Judith Elizabeth Davey, Chief Executive Officer at The Advocacy Project and Co-Chair of Women in Public Policy, was originally posted on The Huffington Post on 13/12/16. The blog post can be accessed here.

Blog: a day in the life of… a forensic advocate

From one service user to another