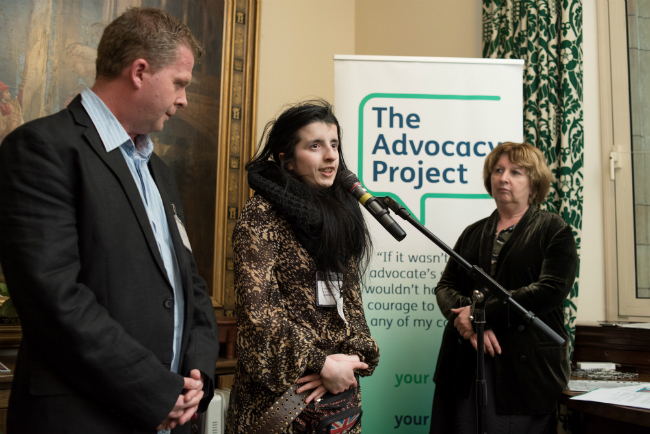 Barriers are increasing for people with learning disabilities, and their number in paid employment has fallen. The Advocacy Project’s survey shows that people are in financial jeopardy because they have made decisions about work that infringe benefit regulations. This stems from a lack of clear, concise and accessible information from the Department for Work & Pensions (DWP) about benefits and work, and misconceptions and confusion about how work affects benefit entitlements. We are excited as we now have a resource to address this issue.

The Advocacy Project currently employs over 30 people with learning disabilities – which is 20% of our workforce. We are acutely aware of the multiple barriers that they face in first getting a job and then keeping that job. Recent figures show that the problem is getting worse. The number of people with learning disabilities in paid employment fell from 7.1% in 2012 to 6% in 2015[1], and the barriers to employment are increasing[2].

Findings from the survey

In February 2017 we interviewed people with learning disabilities to see how widespread the misconceptions are. The therapeutic benefit of work as a purposeful activity came through all the interviews. However, we were concerned to find that everyone we spoke to did not understand the benefits system, and as a result they were unable to make informed choices about work. One person had their benefit stopped for five months because they worked for three hours in a week, rather than two hours. Others said:

“I don’t understand the benefits system and I don’t know what permitted earning is. When I get offered work as a DJ, I just do it as I love it. If there’s big trouble, I have to ask my support work to sort it out afterwards. Work makes me feel like getting up in the morning.”

“Permitted earnings’ doesn’t mean anything to me! I just work as much as possible and then deal with what happens after that.”

“The Jobcentre and DWP just make me think of stress, stress, stress…. it feels like they want to punish you first and make things difficult for you.”

Karen Buck MP kindly hosted a reception in parliament at which people with learning disabilities spoke powerfully about the barriers and restrictions that they face. Michael Hagan told the audience of MPs, local councillors and policy makers about when he worked for three hours one week rather than two hours. This put him over the permitted earning limit and he lost his benefits for five months. We then explored potential solutions. The support we received was overwhelming.

Accessible information on work and benefits

“We are very excited to be involved with this project which focuses on empowering people with learning disabilities (PWLD) through information, so that they can make informed choices about work.  Community Access Westminster  and Westminster Employment are committed to supporting people to be the best they can be and enabling them to do everyday things, in everyday places, everywhere.  Employment is one of the best ways to help achieve this level of social inclusion.  I believe that the resource being developed will encourage and support more and more PWLD to seek employment and through this, create a greater level of social inclusion and engagement resulting in an improved quality of life.

The myths around how working affects benefits have been entrenched for a long time.  Many people, including PWLD, parents/carers, support workers and other professionals have beliefs based on these myths.  This course will help everyone who attends it to understand the actual rules regarding work and benefits.  I am confident that this will encourage many PWLD to seek work and motivate those who work with them to support them in this aim”.

“The training is to ensure people with learning disabilities and difficulties understand their benefits in relation to work. This will help reduce the misconceptions and confusion that lead to benefits becoming a barrier to employment.

The sessions have been designed in a completely accessible format – they are being delivered using creative methods of communication such as with objects of reference, Makaton signs, pictorial support, easy read training packs, Talking Mats, etc. The interest on the project from the service user group has been overwhelming, which is always encouraging. I am very excited to be a part of such an important movement.”